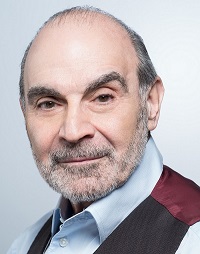 Sir David’s long and illustrious acting career includes roles in theatre, film, TV and radio plays. He received his Knighthood in 2020 for services to drama and charity.

Sir David has played many leading roles but is perhaps best known for his definitive portrayal of Agatha Christie’s Hercule Poirot. The first story was filmed in 1989 and in 2012 the last story, Curtain, completed the canon after 70 episodes.

Sir David supports many charities.  One of his great loves is the canals and waterways of Great Britain together with a great love of the River Thames. He supports them and their restoration and he is connected with, and holds official titles with, many waterways and River Thames organisations. In 2009 he was given membership of the Lightermen and Watermen’s Livery Company after being given the honour of becoming a Freeman of the City of London. 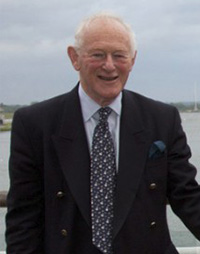 Simon Davis and his late wife, Pat Davis MBE, founded The Rivertime Boat Trust in 2007, after learning from Jonathan Hobbs that wheelchair users found it difficult and unsafe to get on a passenger boat. With the help of many Trusts and individuals they raised £165,000 to build and launch ‘Rivertime’ to take out disabled and disadvantaged people.

Prior to this Simon and Pat started and ran a Boat Hire and Corporate Regatta Company. Both had interesting careers. Pat administered a number of Doctors’ practices and Simon was a Director of Catering and Marketing Companies and their experiences proved very helpful in growing the Charity.

Simon was a Fellow of the Chartered Institute of Marketing and a Liveryman of the Worshipful Company of Marketors; and indeed won two National Marketing Awards.

His love of the Thames led him to become a founder member of The River Thames Society and The Traditional Boat Rally as well as being very involved with The Thames Punting Club and the initiator of The Regatta for the Disabled. Not satisfied with all this he has also collected over 500 books on the River Thames. 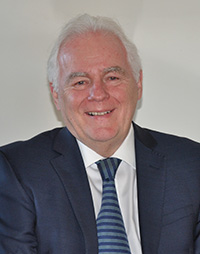 Chris was invited to become Managing Trustee in August 2017 and Chair in 2020 and is responsible for the day to day management of the charity.

In 2001 Chris was part of a small group of business people who came together to form ‘Slough Business Community Partnership’ and was its Vice Chairman from 2007 – 2012.

In 2007 he became a trustee of ‘Berkshire Community Foundation’ and was elected Chair of Trustees in 2010, a post he held for five years.

In January 2018 was appointed a Deputy Lieutenant of The Royal County of Berkshire. 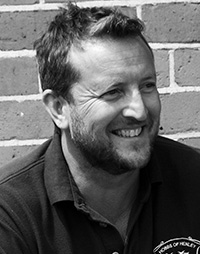 Jonathan is the MD at Hobbs of Henley, one of the longest running family businesses on the Thames and has been a Trustee since Rivertime’s inception.

He is also a governor at the Oratory School and a Queen’s Waterman.

Since taking over the Hobbs business from his father, Jonathan has brought in may changes, increasing the size of the Hobbs rental fleet with both day boats and larger passenger boats and more. He has also launched ‘Mr Hobbs’ Gin.

Hobbs of Henley kindly supports ‘Rivertime’ in many logistical ways from their base in Henley. 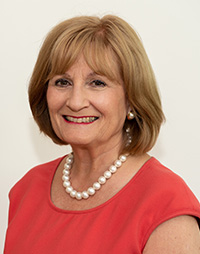 Judith started an independent award-winning Thames Valley public relations consultancy in 1988 and has held senior positions in marketing and communications for over 30 years including Head of PR at the Natural History Museum, London. Client experience ranges from FTSE 100 companies to start-ups across print, broadcast and online media. Judith has wide-ranging experience of event management at all levels including international conferences, business to business conferences and many events at the Houses of Parliament, Chatham House and the European Parliament.

Judith has supported the Rivertime Boat Trust since its formation.

Judith has worked for more than 20 years on polio advocacy work with donor governments to secure funding for Polio Judith is Coordinator of Rotary International Global Polio Eradication Advocacy Task Force and UK National Advocacy Adviser for Polio. In 2013 appointed Rotary International Representative to the Commonwealth and is Dean of Rotary Representative Network to the UN and Other Agencies. In 2016 helped set up the Commonwealth Women’s Mentoring Programme.

In July 2015 appointed to the International PolioPlus Committee and is currently Chair of IPPC Grants Sub Committee which recommends grants to WHO and Unicef up to $150million annually; and Chair of the IPPC Sub Committee on Afghanistan.

Vice Chair of the Rotary Action Group Against Slavery since 2019. 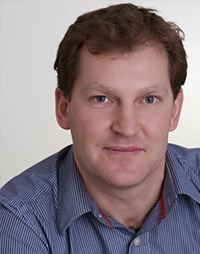 Guy has volunteered with Rivertime for over ten years.

Always drawn to the Thames, water and boats, he has helped raise over £20,000 for Rivertime through various rowing challenges. 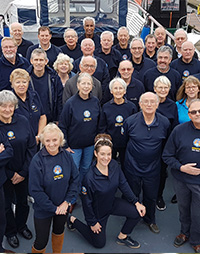 We have and rely on a team of over 50 volunteers who are qualified to skipper and crew the boat.

All skippers hold as a minimum;

All crew complete annual refresher training in the following; 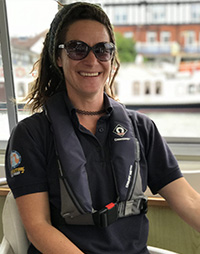 Lucy Herbert, our full time Head Skipper, organises over 200 riverboat trips a year for disabled passengers and managers the 50 volunteer crew who make that happen.

Before joining The Rivertime Boat Trust, Lucy worked for the environment agency as a lock and weir keeper.

She comes from two generations of river workers and lives on a house boat.

Contact Us
News
About
What We Offer
Our Mission